Kate *(not real name) arrived with her mother. They went in the center, but were in and out and finally came to us. The mother clearly was siding towards abortion but said she would support Kate in her choice. Kate  was very non-emotional, even flat affect. She did not believe in God though did believe in a higher power. She didn’t seem to be terribly interested in any resources, or in any God discussion. However, she was interested in seeing the ultrasound.

It was only later I learned the baby was conceived in rape, though the total repression of emotion should have been a tip off. She did discuss deep depression. Her mother was very worried about how the depression might worsen with the pregnancy of an unwanted child. As our discussion continued, we also learned that Kate had been addicted to drugs. Upon learning she was pregnant, she had paused in her drug use.

We Learn of Significant Dysfunction in the Family

Kate was still mostly non-emotional, but when she saw the baby on the ultrasound, she said she felt abortion would not be the best choice. The mother was still hovering and making clear statements that given all the issues in Kate’s life, abortion was best. Kate did not seem to even listen to her mother, and her affect grew even more unreadable as her mother talked.

The two left having chosen life. No mentors were yet available through LoveLife so I was the one who followed up with Kate. Over the next few days, I learned that Kate wanted desperately to leave her home. She said her mother had threatened her, even tried to choke her. She said her mother attempted to control every aspect of her life and she had to escape to make her own choices. She admitted that the depression was heavy and directly in response to the critical, controlling family situation.

In fact, she sent a video that I felt demonstrated significant danger to Kate. I urged her to call the police. She did. I met with her to help her move her things to a friend who offered to house her until a better situation could be found. She was terribly distraught when her parents told the police that they didn’t want any of this and they loved her. The policeman even tried to urge Kate to fix things up with her family since they seemed to care a great deal about her. She insisted we didn’t know the whole story. However, I was having second thoughts about “supporting” her through this.

She moved to a friend’s family. They were very gracious and loving. They took my name and number and thanked me. A couple of weeks later, they confided in me that there were real issues that concerned them about Kate. Ultimately, they did not want her with them either.

The accusation of rape may or may not have been true, it turns out. She had a relationship with the father and went through periods of rage when he seemed to lose interest in her. She wanted to terminate his parental rights which he and his parents were seeking. BOTH Kate and the father’s family contacted ME to complain/mediate the custody battle. I declined to intercede for either party this time.

Principle 2: Know that you rarely hear the whole story when you first meet the mothers. There are usually layers of issues that will be revealed as they begin to trust you. Be prepared to hear very distressing struggles. Most of the moms are NOT innocent victims. Do not become involved in areas you have no business or responsibility touching…like the custody battle. This is Lose/lose.

The Truth of God Prevails!

In the midst of all this terrible struggle, I continued to share the Gospel and work on connecting Kate with resources. Since I was being helpful, the level of her trust had increased such that she was willing to hear me as I shared the truth of God. One of the most helpful resources was a baby shower with Sheryl Chandler of Truth and Mercy Prolife Ministries.

At this point, Kate had returned to her parent’s house. Kate admitted she had doctored and edited the choke video to make it seem worse that it was. During the baby shower, Sheryl and I noticed the strained relationship between Kate and her mother. We agreed that the mother seemed very overbearing, and understood Kate’s concern that she had little control of her own decisions.

As we always do with Sheryl’s baby showers, we took Kate out to dinner following the baby shower. Kate opened up remarkably. She talked about the drug addiction which she said had truly ended when she chose life for her baby. She had no desire to use drugs anymore at all. She didn’t know how to get out of the control of her mother, but knew for now it was the best place for her to be. Sheryl and I shared the Gospel and Kate asked many great questions. Then Kate asked if she could put her trust and faith in Jesus as her Lord right now, right there, in the middle of Chili’s Restaurant.

We prayed with her as she poured out a lament to God, repenting of her many past sins and begging His forgiveness. She beautifully expressed her belief and gratitude for what He did on the cross. Then she asked Him to take over control of her life. It was so wonderful!

Principle 3:When their world falls apart, God can step in! It is hard to watch some of the horror of the lives we interact with at the abortion center. However, in the deep valleys of despair, God has their attention. The Gospel that may have preciously been dismissed can now be embraced. LET GOD PREPARE THEM!

As the Dust Settles …

Kate’s son was born and she was totally smitten. Over the next three years, she remained living with her mother but was able to finish her college education and began working. She settled into a good co-parenting schedule with the father. Now, she even admitted that he had stepped up to the plate and was a good father. She had an amicable relationship with his family. She was saving money for her own apartment.

During that time, Kate counseled some of her abortion-minded friends. She helped them choose life and then referred them to us to help.

Principle 4: Miracles happen. Allow the mom to make her own mistakes and bear the consequences of her choices. Be available to listen, encourage, and always point her back to God. However, be very careful not to enable dependency on anyone, including you, that takes her away from dependency on God. The changes God can work through His Holy Spirit are amazing. Gains earned through good choices in the midst of hard struggles are far more permanent than changes wrought by our help.

“Blessed is a man who perseveres under trial; for once he has been approved, he will receive the crown of life which the Lord has promised to those who love Him.” 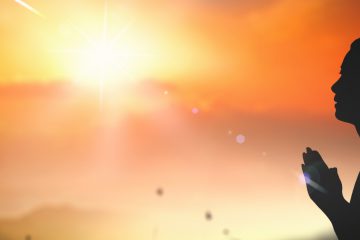 The Goodness of God: Fact or Fiction?

Is God Good? The Challenge. A woman I met at the abortion center angrily challenged my affirmation of the goodness of God. She had been raped at age 4 by a family friend. Her parents Read more… 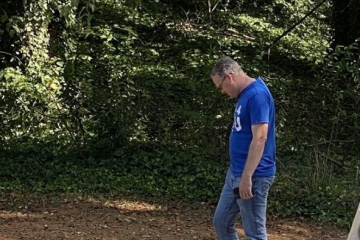 When Failure Is Not Failure

Joseph’s Dream and Doubt Joseph had a dream that he knew was sent by God. Ten sheathes of wheat were to bow down to him. He may not have shown great humility and wisdom in Read more…