New sidewalk counselors often believe that once a woman enters the abortion center it is all over; in fact, most of the people who ultimately save their baby go into the abortion center first. I believe they see the contrast between the truth and hope we are speaking against the darkness and despair inside the abortion center. Also, God’s words do not return void, and they have a way of echoing in the head and hearts of the hearers. Women who choose life often tell me that what they heard from us as they walked in would not stop playing over and over again in their minds. This is a vital lesson. Do not give up. Our work should not end until we leave the sidewalk for the day. There is always hope.

This week, we saw exactly that. Our team was there for four hours. We had seen a young couple walking in and out of the building all morning. We called out each time, but they never even glanced at us. It certainly looked as though they were paying us no attention. Then LONG after the abortionist arrived and our team was packing up to go home, they drove out. They stopped, rolled down the car window, and told us they didn’t kill their baby.

Counselors, never give up! But be prepared with a variety of key things to say to mothers as they leave the abortion center. We train our volunteers to use every second they have to full advantage. As moms drive out, we may have 15 seconds to reach them – here are some questions to ask that have great value:

“Did you change your mind?”

This is so important to call out! We have to remember that the women have likely been counseled by the abortion center and pro-abortion crowd NOT to talk with us. Even if they have chosen life, they have been warned that we are the enemy, or that we lie. We need to know if they changed their mind so we can offer them help! Otherwise, they will return to the same circumstances and the pull to abort will still be strong.

If they say yes, then after telling them about the help we can offer, it is important to find out what changed their mind. We have found that, oftentimes, it is something we said that convicted them. It can be something we said to the dad or friend. It can be something inside the abortion center that horrified them. Whatever it is, it is valuable information. It can guide us in what we should be calling out to women in the future. It can also give us information we might be able to use about the often shady practices inside the abortion center.

“Did you take the abortion pill?”

If they stop and talk with us, and admit they took the pill, there is an opportunity to introduce the Gospel. We can ask if there is regret or sorrow. Oftentimes, if they have stopped, there is. We can talk about reversal but also about sin, repentance, and a path back to God. Sometimes all we can do is roll that into one or two introductory sentence, such as: The Bible says that worldly regret just leads to sorrow, but Godly regret leads to salvation. To the best of your power now, you can try to right this wrong before God through abortion pill reversal. We can help!”

“Did you have the surgical abortion? How do you feel about that?”

If they didn’t have the pill but have stopped to talk, the next logical assumption is they had the surgical abortion. There is no way of course to reverse that, so it is helpful to introduce the idea that there is or should be regret over that action. There often is, at least in the women who do stop to talk to us. We always offer prayer, and healing post-abortive resources. We also share the Gospel if they are willing to give us that time and opportunity. We can at least introduce the Gospel as we pray out loud (to) for them.

“Did you have a check up? Are you feeling regret about the abortion?”

Sometimes they say they were not there for an abortion and are not pregnant. Be aware this can be a hedging of the truth that they were there for a follow up check-up. They often don’t volunteer that, but when we ask, they will often admit that. If so, the discussion will follow similarly to the discussion following the surgical abortion. Often, as time passes, women regret the abortion more, so they may be more willing to talk about regret, and ultimately, repentance.

“Are you here for a job? Have you considered your salary is paid by the death of unborn babies?”

If they say they were not here for either an abortion or check-up, this is the next logical assumption. Particularly if they are dressed nicely, they may be there for a job interview. Recently, I asked this of a couple driving into the abortion center. When I asked them to consider the source of their salary, the man covered his face with his hand, and the woman looked stricken. I told them we would help them find other work but, if they loved God, they could not work THERE. They went in anyway.

That afternoon, the woman called me. She said she got in there and started the training. When they began teaching them how to work with YOUNG teens to get abortions, the horror encompassed this woman and she fled. She had young teens herself, and God had finally gotten her attention.

Not only did we work to help her find a different job, but she became convinced of her role as a mom and decided to start her own business so she could be home every weekend with her kids. Again, NEVER give up!

“Are you a friend? Do you think you should support the choice for a mother to kill her baby?”

If they say they are not there for any of the above reasons, a good next guess is they are the driver, the dad, or a friend supporting the abortion. If they are willing to stop, it is likely they are trying to justify being the accomplice to that Baby’s death.

Remind them of the many Bible verses that indicate we are to stop those on a path of death and destruction (Proverbs 24:11-12 is a GREAT one). Remind them that all of us will stand before God one day to give an account of all we have done, good and bad. Ask them what they will say to Jesus to justify their part in this child’s death.

“Are you selling supplies or services to this place?”

We did a whole podcast on what to say to people who are offering services or supplies to the abortion center. We can remind them their salary is paid by blood of babies. We can find out if they believe in God and if they believe God would have them do this work. We can ask if they want to be part of a culture that views unborn humans as disposable medical waste. We can urge them to find God-honoring work. We can even offer help if we are able in finding such work. (Our ministry has a volunteer devoted to doing just that.)

“What were you here for? No matter what it is we can help or offer other low cost community alternatives to this place that kills babies.”

If you serve at a Planned Parenthood, they do offer other services – but nearly every community has low cost clinics that offer what PP does without abortions. Find out where those places are, and have the list on some sort of handout if possible.

Even that brief time as the people drive out of the abortion center can be useful. Continue to offer truth and godly counsel. Glean information. And always have an attitude, demeanor and speech that glorifies and magnifies God. 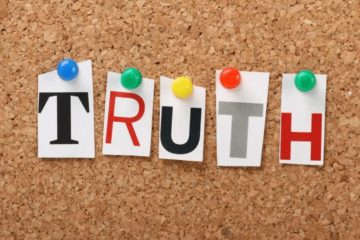 The crazy things pro-life people say “Let the words of my mouth and the meditation of my heart Be acceptable in Your sight, O Lord, my rock and my Redeemer.” Psalms‬ 19:14‬ ‬‬‬‬‬‬‬‬ Having been Read more… 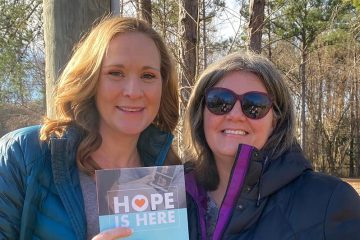 Things to Say From the Sidewalk

One of the most common fears of people considering sidewalk counseling in front of abortion centers is they don’t know what to say. Would-be volunteers are concerned they will say the wrong thing and a baby will Read more… 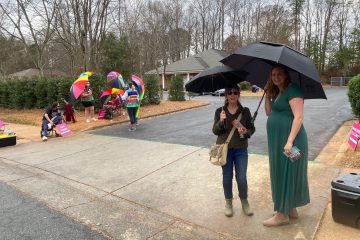 Over the years of being involved in sidewalk ministry, we’ve had some experiences that taught us that what we previously believed was sometimes incorrect. In this article, we want to share a few of those Read more…