Any sidewalk counseling ministry involves talking with abortion-minded women. Every time the abortion clinic doors open, these women flood in to abort their precious children.  To be effective in reaching abortion-minded women, we need to try to understand what’s going on in their hearts and minds. Certainly, women going into an abortion clinic aren’t a monolithic group. Their circumstances and reasons vary for ending up in that desperate place. However, a general understanding of the mentality of women who come for abortions can be helpful in engaging them as a sidewalk counselor.

Many Abortion-Minded Women Are Under A Spirit of Fear

In talking with thousands of abortion-minded women and men over the years, I hear a common theme in many of these conversations. Abortion is a selfish act but that selfishness is oftentimes driven by fear. (While writing this article a similar article from The Gospel Coalition was brought to my attention. It looks at this subject from a slightly different perspective.)

Conversing with people at your local abortion clinic, you will repeatedly hear the words “me, my, and I”. For many aborting moms and dads the prime consideration is how the pregnancy will affect their lives; not how the abortion will affect the unborn baby.

Please understand- we all have moments of selfishness where our main thought is how we are going to be affected. Thankfully, the Lord rescues people out of their selfishness through the Gospel.

When we’re in an attitude of selfishness, oftentimes fear takes hold of us when circumstances interrupt our plans. We’re afraid that situation will destroy our future plans. This is particularly true for an abortion-minded woman facing an unwanted pregnancy. Fear grips us as we feel our world spiraling out of control. Fortunately, God’s word deals with this very issue in 2 Timothy 1:7.

“For God has not given us a spirit of fear, but of power and of love and of a sound mind“

Applying this scripture to the mentality of an abortion-minded woman, it helps to look at this in the reverse. She is under a spirit of fear. Therefore, power, love, and sound mindedness are absent. So let’s break it down in the next few sections.

Power Diminished in an abortion-minded woman

The word power in this passage can mean “moral power” or “excellence of soul”. Basically, power is the strength to do the right thing in a situation. A state of fear diminishes that power. This is certainly true of many of the abortion-minded women to whom we have spoken. In one sentence she will agree that abortion is wrong but, in the next she will justify aborting her child. Because she has succumbed to a spirit of fear she doesn’t have the “moral excellence” to do the right thing concerning abortion. She has defaulted to self-protection rather than protecting her precious child.

Love Diminished in an abortion-minded woman

There are many Greek words to describe various forms of love in the New Testament. One of the most powerful Greek words for “love” is “agape”. That’s actually the word that is used in the passage cited above. Agape is a selfless kind if love. It speaks not only of an emotional response to another’s suffering but a benevolent “love in action” response. When an abortion-minded woman is under a spirit of fear, the love that she should have toward her baby, herself, and the Lord is drowned out by fear.

Because the love that a mother would naturally have toward her baby is eclipsed by fear, her protective instincts are gone. But the love that is diminished is not only the love for her child but also the love for herself. Abortion is a destructive act. It destroys babies for sure, but it also ravages the lives of women. Many of the women going to an abortion center know how devastating abortion is because they’ve seen its destruction in friends and family members. Yet driven by fear, they still go into these deadly places.

Her love, of course, is not only supposed to be toward her child and herself but first and foremost it is to be directed to her creator. However, when she’s under a spirit of fear even her love for God is obscured. She may even claim to be a believer but fear pushes aside heavenly affections and her love for the Lord grows cold.

Fear brings massive confusion resulting in a convoluted cycle. In one sense, fear is a mechanism that kicks in for self-protection. In another sense, it is used by the enemy for self-destruction. As sidewalk counselors, we seek to break this cycle. We’re going to talk about how to do that shortly.

“Sound mindedness” or “sound thinking” is the final aspect we’re going to look at concerning the “spirit of fear” that many abortion-minded women suffer. One of the proofs that this “spirit of fear” diminishes sound thinking in an abortion-minded woman is the fact that the vast majority of these women do not know basic information about the abortion center, abortion providers, or abortion procedures. Over the near two decades, I have been on the sidewalk, I have not encountered a single woman who knows even who her abortion providers is going to be.

Most sound thinking people undergoing an invasive procedure would surely desire that one fundamental piece of information— who is doing the procedure? They’d want to know that they are in good hands. As stated earlier, we have yet to hear an abortion-minded woman tell us who her abortion provider is going to be. That is very telling. It’s not sound-minded to put herself in the most vulnerable position a woman could be in, undressed from the waist down, feet in stirrups, and submit herself to the care of a provider whose track record she doesn’t know. However, thousands of women flood into abortion clinics across the U.S. doing just that.

How does a sidewalk counselor combat a spirit of fear?

As the 2 Timothy 1:7 passage states, the Spirit that we as believers have is not a spirit of fear. The Holy Spirit in us is contrary to what we have described above. Because of His Spirit, we have power to do the right thing. We have love for others, love for ourselves, and love for God. The Holy Spirit also helps us to think soundly. Simply put, we combat the spirit of fear we encounter in abortion-minded women with faith and truth.

These women are under this spirit of fear because they aren’t trusting the God who loves them and their baby. God’s word is full of awesome faith-inducing truths. Psalm 46:1 is just one of many.

“God is our refuge and strength, a very present help in trouble.”

We should share these truths with those we meet going into the abortion clinics. Encourage men and women that God cares about them and their baby and that He can be trusted in their situation.

Sharing Your Story Can Combat a Spirit of Fear

Sharing our personal story or testimony with an abortion-minded mom or dad is also a powerful way to inject faith into their hearts. When we share what God has done for us, we’re saying, “God is faithful even when it doesn’t seem like it. Here’s how He was faithful in my life and I believe He’ll do the same for you!”

I share my story on a regular basis while sidewalk counseling. I was a father at 17-years-old in high school. Personally, I remember the “spirit of fear” that encompassed me when I found out my girlfriend was pregnant. I remember all the irrational thoughts, the unsound thinking, and the terror that bombarded my mind. By God’s grace, my girlfriend kept the baby and now we have a 21-year-old daughter who is such a blessing to us. We’re married with 8 kids now. That Lord used that fearful situation to change our world for the good. I can speak faith into a fearful mom or dad because I’ve seen the faithfulness of God in my own life. I can do that… and so can you.

Maybe you don’t have a personal story that relates to an “unwanted pregnancy” but if you’re a Christian you do have a story about God’s provision to share. You can also share stories of family members or others who you read about that have seen the faithfulness of God in their lives.

In closing, I want to make sure you understand the “spirit” that I’m writing this in. I know it may come across that I’m accusatory toward abortion-minded women. That is not my heart. We all have been under a “spirit of fear” at some point in our lives. We all have needed someone to speak truth and faith into our lives. Hopefully, this article has helped you to see more clearly the pressure and fear that abortion-minded women are under in order so you can reach them more effectively. 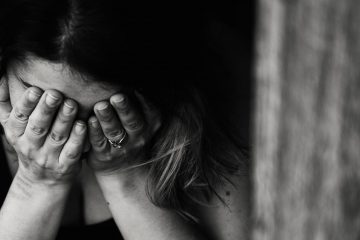 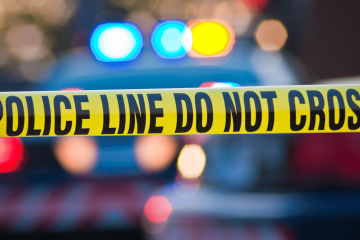 The Scene The police stood with growing horror as they awaited the hostage negotiator. The woman ignored their pleas as she carried the child closer and closer to the edge of the cliff. They begged Read more… 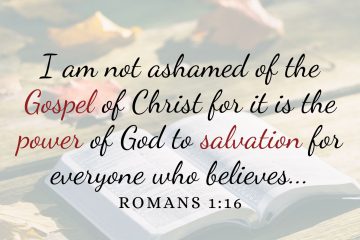