I love the zeal of new believers. Their joy and enthusiasm is contagious. There are certainly times, though, when their zeal surpasses their knowledge or wisdom. That can be damaging in situations where spiritual discernment is critical, such as on the sidewalk of an abortion center. What should guide our decision as sidewalk outreach ministries in whether we should allow new believers to volunteer?

Having worked with and trained volunteers of all ages and levels of faith, I face this issue often. For safety reasons, we don’t have young people under age 18 volunteer with us without a parent with them; however, there is no doubt that some of the young people who work with us are mighty advocates for the unborn and well-equipped to speak with knowledge, truth and grace.

I have also seen young people crushed by the spiritual warfare. Some are reduced to tears by the merciless taunts of the pro-abortion crowd. Others have exploded in anger and risked assault as they try to defend themselves when anger, derision, or insults inevitably come from those they are committed to help!

To be fair, I have also seen older people who have followed Christ for years succumb to fits of anger, despair and retreat in the face of the spiritual warfare of a abortion center sidewalk. Responding poorly to attack is NOT singular to new or young believers.

In most cases, the degree to which someone is firmly grounded in the faith, which usually takes time, does seem to correlate with how well they endure the challenges of sidewalk ministry. Does this mean we should not allow volunteers who are young or new to the faith?

The Bible guides Timothy that he should not be intimidated in ministry because he is young:

“Let no one look down on your youthfulness, but rather in speech, conduct, love, faith and purity, show yourself an example of those who believe (1 Timothy‬ 4:12‬).‬‬‬‬‬‬

This verse suggests that we should not disqualify someone for ministry based on their youth (presumably, young people are usually young in their faith, as well). In fact, this verse indicates that the young believer can be an inspiring and godly example to others.

One of the most famous biblical examples of youth disdained for ministry occurs in the story of David and Goliath. Goliath disdained David because of his youth, and discounted David as a youngster and regarded him a non- threat.

Of course, Goliath was proven wrong. Young David not only relied on God in ways the older and supposedly wiser army did not, but he soundly defeated the giant. He did so without the armor or weapons of the other soldiers. It is telling that, while still young himself, David had already been preparing for God’s call on his life. In tending sheep, he was honing the skills that he ended up needing when thrust into battle. David was a very willing servant from a young age.

Another young man was not so eager. Jeremiah, the prophet, was somewhat reluctant when called by God, in part because of his youth. Jeremiah is told that despite his fears that he is young and not grounded in the faith by years, he should nonetheless go where God sends him. His youth should not be an excuse for avoiding ministry to which God has called him:

These young heroes of the faith point us in the direction of youth not being a disqualifier for ministry. On the other hand, in 1 Peter 5:5-9, young believers are advised to be cautious. They should be subject to the counsel of the elders, be humble, and be watchful. He warns of the serious danger of the devil who is seeking those he can devour. One would presume this warning is specific to younger and new believers because Satan is of great danger to them DUE to their youth.

In 2 Timothy 2:22-25, Timothy is warned about the issues of youthfulness that can be a hindrance to ministry: youthful passions, controversies, quick to engage in quarrels. These are not solely issues of young people, but often it does take time and wisdom for young people to gain control over the impetuous impulses of youth. Young people cannot have the same degree of wisdom gained from experience since experience takes time to accumulate. This is why young people are continually warned in the Bible to respect their elders, to be humble and willing to learn and to subject themselves to the leadership of older people established in faith.

In counterpoint, we should not be quick to assume that youth should prevent someone from a readiness and willingness for the spiritual battles of ministry. Saul himself questions David who in his righteous, youthful zeal declares he will fight Goliath:

And Saul said to David, “You are not able to go against this Philistine to fight with him, for you are but a youth, and he has been a man of war from his youth” (1 Samuel 17:33).

David humbly reminds Saul that, from his youth, David has fought some ferocious predators to the flocks he tended. Interestingly, it is David who admonishes his elders that the battle belongs to God and it is in God that David will secure the victory.

These instances may shed light on one of the most important guidelines for new believers involved in difficult ministries. They need to be under the guidance and supervision of godly, wise and discerning leadership.

Dangers to Be Aware of in Ministry with New Believers

Key Qualities to Look for in New Believers

What Do Young Believers Require in Terms of Leaders

The last thing we should do is set new believers up for failure. Leaders in ministry should appoint an older/well-grounded believer to lead and disciple the new volunteer. That leader should be ready and willing to pull the new volunteer aside immediately if any of the danger signals listed above are seen.

The leader should clearly communicate the protective measures the new believer should take before entering the place of ministry. That includes prayer coverage, abiding in God’s word, an understanding of spiritual welfare and the need to put on the full armor of God, and a period of “debriefing” to help the young person process the often difficult issues that arise in sidewalk ministry.

In helping the young volunteers that I have worked with, I have to guard my own tendency to quickly give up on someone who has failed while ministering on the sidewalk. For example, I often see young people explode in anger (or implode with tears) and storm away from their post. I invariably wonder if that means they are not cut out for this ministry. I have been proven wrong many times.

In most cases, gentle counsel with biblical support has helped these young people to rally and grow in their faith and their ministry. How they respond to redirection following failure is very telling in whether they will ultimately be successful. A humble, teachable spirit that is not crushed by failure but eager to improve is a quality that I look for in our new believers … and in all our volunteers.

In summary, there are dangers to the new believer in a ministry that is at the gate of hell like sidewalk outreach. If those dangers are recognized, they can be mitigated preemptively. There is little that is more rewarding than seeing those new believers abiding in the Lord. Sidewalk ministry is one of the most difficult ministries one can enter, but the potential for abundant spiritual growth in new believers is well worth discipleship efforts. 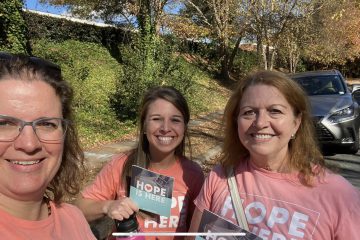 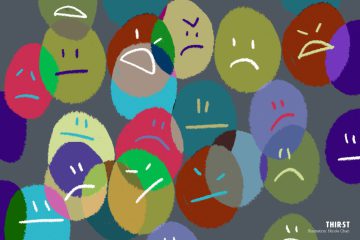 Dangers and Antidote to Grumbling in Sidewalk Ministry

‬‬‬‬‬‬‬It is easy to focus on the bad things that happen on the sidewalk. We can focus on the pro-abortion crowd and become very discouraged. We can notice everything they do that shocks us or Read more… 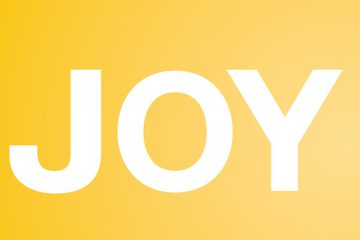 Joy on the Sidewalk of Abortion Centers

One of the last places on earth you may expect to find joy would be on the sidewalks in front of a busy abortion center; however, unless you can indeed find joy, you will not Read more…