Relating to Other Pro-Life Groups

The Mission of Love Life is to bring a Christian witness to every single sidewalk in front of an abortion center that currently does not have one. There are approximately 700 abortion centers in the United States and about 500 of them have no Christian presence.

This is a tragedy considering there are thousands of churches, many of which are a stone’s throw from an abortion center. Where are all the Christ-followers? Why are the sidewalks not overflowing with people who love the Lord speaking on behalf of His unborn children?

Those who feel the call and the burden to be involved in sidewalk outreach ministry are, in my experience, some of the most committed, devoted, loving Christians I know. Yet, time after time, they struggle when other pro-life groups show up with the same mission to the unborn, but have vastly different ways of going about it. Sometimes, it seems that the different pro-life groups exhibit greater conflict and animosity amongst themselves than with the pro-abortion groups.

This is not good. The women coming to the abortion center often do not discern the different philosophies/theologies/etc. of the varying pro-life groups. If they see animosity or bickering, it is off-putting. What can we offer them that they don’t already have if what we appear to have is conflict and relational struggle in our own ranks?

First and foremost, we must always strive to be peacemakers. We must remember that our witness should be one that reflects and honors and magnifies God. We can’t do that while backbiting and sniping at groups who join us on the sidewalk, no matter how at odds we are with their methods.

Some basic principles listed below can help us in promoting peace while engaged in sidewalk ministry.

The sidewalk is public property

As much as we would love to have everyone do everything exactly as we do it since we are confident we do it best, we do not own the sidewalk. Any group that wants to be on the sidewalk of an abortion center has the same right we have to be there.

Some pro-life groups may in fact have been there for years. They may have their own feelings of territoriality. They may be thinking to themselves, “Where were you all the years we have been single-handedly speaking for the unborn?” That may well be a just question.

It is important to remember that the same First Amendment right we so vigorously defend that allows us to be on the sidewalk belongs to everyone out there. God is NOT blindsided by their presence. If He wanted them removed strongly enough, surely He could do so.

Not all groups have the same focus

We can reduce our concern that “they aren’t doing it right” by recognizing that different groups may have different focuses. Their methods will reflect that focus. In general, the two main focuses we see on the sidewalk are either prophetic or evangelistic.

The prophetic voice has a powerful Gospel message and his intent is to deliver that message. The main goal is often NOT engagement with the mothers coming to abort. The main goal is to speak the truth of the Gospel and the truth of the abomination of abortion. There is often a strong call to recognize sin, repent of that sin, turn from that sin, and renounce anything having to do with abortion. In a sense, they are delivering the mail. They are not focused on how that mail is received. That is up to God and the women. Their job is primarily one of a messenger.

On the other hand, the evangelistic focused sidewalk counselor is similarly concerned with voicing biblical truth, but is also very concerned that the message is received and that further discipleship and discussion can occur. They tend to be more eager to establish trust, offer tangible help that encourages the mother to continue to engage with them. The goal is to bring about two-way communication that will lead to more opportunity to more fully promote healing, heart change, and saving the child AND the mother through a mix of Gospel presentation and tangible help.

Recognizing the group with which you tend to resonate the most may help you to understand why other groups’ tactics are sandpaper on your soul. Understanding intent tends to help smooth the path of peace and unity in the midst of disunity of methods.

You can honor their efforts without agreeing with their methods

Rather than attacking methods, it might be more fruitful to commend and find the positive in their very presence in the pro-life battle. Respect of others is an essential quality of every believer. Even those we most sharply disagree with are human beings made in the image of God. If they are on the sidewalk fighting for the life of the unborn, they are doing more than the vast majority of church-goers. That commitment and zeal can be honored.

You don’t have to agree with their methods in order to honor the role they are playing in fighting the battle. It is possible, in fact, that God has specifically called both groups to be there to reach different people.

We have seen women respond to very straightforward (and sometimes, in my mind, harsh) preaching while we see that repel others. My personal conviction is that if there is a softer but truthful approach with a compassionate tone, we seem to see more choices for life and willingness to hear the Gospel; however, that is not everyone’s conviction. I need to be humble enough to admit that God may have called them as well as me.

No matter how strongly you feel about another groups’ methods, it is very damaging to argue in public on the sidewalk about your differences. As previously noted, it harms how the abortion-minded mothers perceive ALL pro-life groups. It feeds into misperceptions and preconceptions of pro-life people as angry and dogmatic or condemning.

There may be times when others’ methods really are damaging. In those cases, there may well need to be discussion with leaders in the varying groups; but that discussion is rarely fruitful in the heat of anger and conflict on the intensely tense sidewalk of an abortion center.

Talk through issues in private

The Bible guides us clearly in how to deal with interpersonal conflict. The Matthew 18 approach is God’s method of addressing differences and promoting peace:

““If your brother sins, go and show him his fault in private; if he listens to you, you have won your brother. But if he does not listen to you, take one or two more with you, so that BY THE MOUTH OF TWO OR THREE WITNESSES EVERY FACT MAY BE CONFIRMED. If he refuses to listen to them, tell it to the church; and if he refuses to listen even to the church, let him be to you as a Gentile and a tax collector. Truly I say to you, whatever you bind on earth shall have been bound in heaven; and whatever you loose on earth shall have been loosed in heaven. Again I say to you, that if two of you agree on earth about anything that they may ask, it shall be done for them by My Father who is in heaven. For where two or three have gathered together in My name, I am there in their midst.'” (Matthew‬ 18:15-20‬)‬‬‬‬‬‬

This passage outlines the progression of dealing with conflict:

The positive side of good conflict resolution is that you may come to agreement. The end of the Matthew 18 passage reminds us that when we agree with others, God is there in our midst and His power is unleashed. There is GREAT motivation in resolving differences peacefully and coming to agreement in how to work in unity whenever possible. Not only might we win the hearts of the abortion minded moms through God’s increased action in the midst of our agreement, but we may win our brother who perhaps was floundering and needing correction to get back on course. 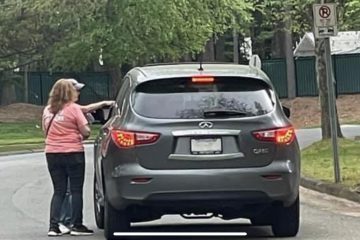 What To Do When a Car Stops

If an abortion-minded mother refuses to stop her car when entering or exiting the abortion clinic, she will have no way of knowing the resources that are available to her. Sidewalk counselors have knowledge and Read more… 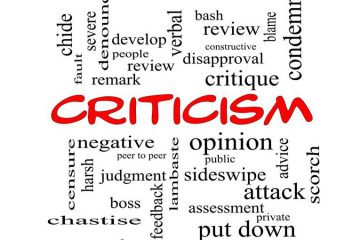 How to Deal with Criticism

One of the most difficult aspects of abortion sidewalk ministry is dealing with the inevitable criticism you will encounter. The criticism is hard enough coming from the “pro-choice” group or the abortion determined families. We Read more… 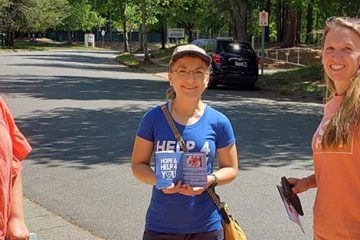 How to Pass Out Literature

In most scenarios in front of an abortion center, you will rarely have more than 15 seconds to speak to the women entering to kill their babies. It is important to have printed information that Read more…