If Roe v. Wade is Overturned

A leaked draft of the majority opinion of the Supreme Court regarding the landmark Roe v. Wade abortion decision from 1973 indicates it will be overturned. While not the final ruling, it is authentic. It could change in the coming months. Five out of the nine justices on the Supreme Court agree with Mississippi, which bans abortions after 15 weeks in state law. If the ruling holds true to the leaked draft, abortion could instantly become outlawed overnight in at least 13, and possibly as many as 26, states. The ruling may be released even before the initial June schedule as a result of the leak.

When would ruling take effect?

Thirteen states have trigger laws related to abortion. These are abortion bans that currently are not enforced but would be if “triggered” by a Supreme Court ruling to overturn Roe v. Wade. Should Roe v. Wade be overturned, which it appears from the leaked draft decision that it will be, abortion would immediately become illegal in these states.

There are potentially 26 states that could end abortion or severely limit it should Roe be overturned. In addition to the 13 states that have trigger laws, an additional five states have laws in place that ban abortions after six or eight weeks, but do not have total abortion bans yet. These states, which include Alabama, Georgia, Iowa, Ohio and South Carolina, have not implemented any trigger laws, but indicate they will proceed to ramp efforts to ban if Roe is overturned.

Another four states — Wisconsin, West Virginia, Arizona and Michigan — had abortion bans in place before 1973 that were never removed, and are unenforced. That will change if Roe is overturned. Oklahoma, signed a bill into law in April that outright bans abortion except when the procedure is performed to save the life of the mother. Oklahoma’s new abortion law will likely take effect this summer.

An article in Fortune reports that the current average travel to get an abortion is 25 miles, but that will increase to 125 miles if the possible bans are implemented. Some companies like Apple and Amazon have said they would reimburse employees who need to travel for abortions.

What will this mean for states without bans

For the states without current limits or bans on abortion, things will not immediately change. It is likely abortions will increase in states with abortion access that border states with limits and bans. There will likely be an uptick in political battle lines drawn over the issue of abortion state law. It is also likely that opposition to whatever state laws are in place will become stronger.

What will this mean for pro-life groups

First, all prolife people will likely rejoice. We of course believe the abortion rights ruling was unconstitutional and a terrible travesty of judicial overreach; however, we recognize that this does not end abortion. The fight will now move to the states. State and local politics will become even more critical and likely polarized.

For those of us connected with Love Life, the mission to equip and mobilize the church will remain of utmost importance. As women find it more difficult to abort, the church’s role becomes even more critical in providing support and resources to help women in vulnerable pregnancies.

What to expect on sidewalk in states offering abortion

The anger of the opposition has already ramped up. I expect it will become even more ugly. I would be on guard as I think violence is more likely than ever to erupt. Passions are very high right now.

I would not be surprised to see state and local laws enacted limiting prolife access to women. 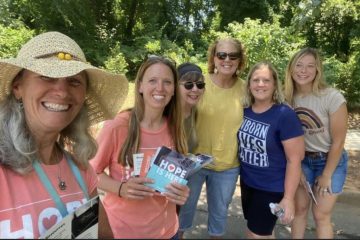 My team was on the sidewalk speaking as we always are on behalf of the unborn when we got the news: Roe v. Wade had been overturned by a 6-3 decision of the Supreme Court. Read more… 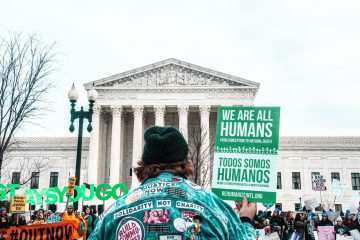 Can the Supreme Court Abolish Abortion?

Can the Supreme Court Abolish Abortion? History of Abortion and Roe v. Wade 1973 Decision Roe v. Wade was a landmark legal decision issued on January 22, 1973, in which the U.S. Supreme Court struck down Read more…