Throughout the nation, there are domestic abuse hotlines and it is very important for all pro-life workers to be aware of those hot lines. These call centers are staffed by people specifically trained to deal with the incredibly complex and difficult issue of domestic violence. The phone counselors are trained to help women in immediate danger find safety. They also counsel women on strategies to remain safe when it feels impossible to immediately leave the situation. These call centers are not specifically trained to deal with abortion, but with the specific issue of domestic violence. Their objective is the woman’s safety, not the safety of the unborn child; therefore, as sidewalk counselors, we have a clear calling and obligation to still intervene in these situations. Our prayer is this article will help us to do so safely and wisely.

Information on link between Intimate Partner Violence (IPV) and abortion:

Here in Charlotte, there is a domestic violence program that provides emergency shelter, 24/7 hotline counseling, and resources specifically tailored to help the women who endure domestic violence. The director offered me tips to pass on to sidewalk counselors in front of abortion centers to navigate as safely as possible counseling these women.

The first and most important thing that we should do is give the crisis hotline phone number to the women. If at all possible, this should be done without the abuser in sight. The people who answer the phones are specially trained to deal with domestic violence. It’s a very complex issue and the mindset of a woman in an abusive situation is not always rational. She has lost any sense of control, and has succumbed to either (or both) emotional and physical manipulation by the abuser. It is very important to give that sense of control back to her, reminding her that she needs to make the choice rather than her abuser. Sadly, these wounded women in crisis in front of an abortion center often believe abortion is the safest of their alternatives. They may perceive it as the only way to save themselves in a dangerous situation.

We counselors in front of an abortion center must be careful not to heap further abuse and coercion on these women. Our counseling needs to help them feel empowered to come to a decision for life on their own through our careful questioning and pointing out truth. It is very key that we not play into the coercive techniques that have so traumatized them in the abusive situation.

Anything the abuser sees that makes him feel his power and control are being threatened can put the woman in danger. If he sees her talking to us, if she tells him in the car she did not get the abortion, or even if she receives texts and calls from us, she can be in heightened danger from him.

It is best to give her our number and after strongly encouraging her to call the domestic abuse hotline, and ask her to call us when she is in a safe place. If we refer her for a mentor, tell the mentor not to call the woman but that the woman will call the mentor. Be sure to give the woman the contact number she will need. Give as much control and privacy as possible to the victim of domestic violence. The abusers often seize control of phones and computers, texts, calls and emails. Know that anything we communicate to the women might end up in the hands of her abuser, and prod him to increased violence.

Safe and secure housing is very difficult and limited. Here in Charlotte, Safe Alliance will provide emergency housing in a secure undisclosed location; however, the woman must meet stringent criteria for that limited resource. The criteria basically boils down to imminent threat of severe injury or death.

Nonetheless, whether she meets that criteria or not, the first number the woman should call is the hotline. Those phone counselors have training in strategies to keep the woman safe that most sidewalk counselors do not have. Sadly, most victims of domestic abuse take a long time before they manage to leave this situation. Most return to the same or a new abusive relationship.

In most cases, it is very unwise to offer to drive the women home or even to a safe place. The abuser, if he sees this or follows and finds her, often becomes increasingly violent. Again, the overwhelming recommendation is to have her call the victim abuse hotline. It would not be wise to confront the abuser. Calling him a coward or telling him to step up to his role as a man will likely just incite him to more violence against the woman.

So, given all these facts and suggestions from centers that study and work with domestic violence, how can we, as a Gospel-focused ministry, safely bring the healing truth of the Gospel to this situation?

I believe there are some key strategies we can use that empower the woman to make an informed choice, and, hopefully, convict the abuser’s heart. In this process, share verses and Biblical stories and truth that help point them to Jesus. Neither the abused or the abuser is in a place that is healthy or satisfying. We know that Jesus is the only answer to the heart-sick soul.

[…] changed to protect privacy. As we examine the events as they unfolded for us when we met this abortion-minded mother, we  will provide what we believe are some guiding principles for sidewalk counselors as […] 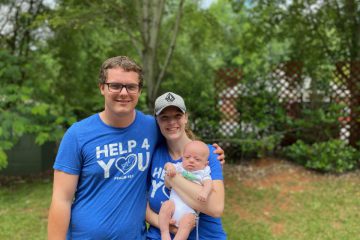 In this article, we hope to present a true case study with some identifying information changed to protect privacy. As we examine the events as they unfolded for us when we met this abortion-minded mother, we  will Read more… 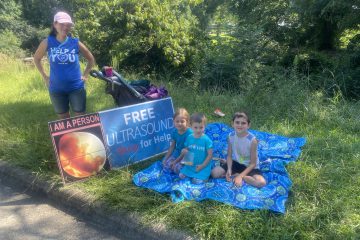 One of the commonly voiced struggles from our sidewalk counselors is how to balance the demands of ministry with the needs of family. Sometimes, they report feeling guilty that they cannot be available to volunteer Read more… 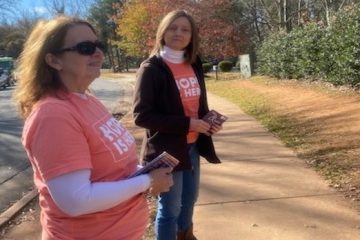