What if They Turn Back to Abortion?

One of the saddest things a sidewalk counselor will face is a mother aborting after extensive, ongoing counseling which seemingly led to a conviction to choose life. No matter how much one understands the truth that we are not responsible for the results of our ministry, it is hard not to feel despair, anger, and grief. It is almost impossible not to second guess ourselves.

Even more difficult is knowing exactly how to deal with the post abortive woman immediately after she has confessed to killing her child. Often, our own indignation and righteous anger on behalf of the murdered child is so great that it feels impossible to even speak again with the mother! Warring with the natural inclination to roundly condemn such evil alongside our feelings of betrayal is the Spirit-led conviction of leading the woman to conviction of sin, godly sorrow, repentance and healing.

I have been asked this question countless times. Every sidewalk counselor will eventually deal with this issue. Nearly all have expressed the simultaneous desires to condemn the violent action, and to promote healing and move the woman toward God. I believe both are necessary in a Gospel-focused ministry.

Research and personal experience reveal that most women feel relief following an abortion. Sometimes, the shame, despair, and conviction of sin does not surface for years. The true horror and understanding of what one has done in aborting her child grows over time. The impact and consequences of that act may not be fully apparent for decades.

I believe a counselor should deal with the woman as soon as she admits she changed her mind back to abortion and followed through with the murder of her baby; but the counselor may not find a receptive or submissive heart when she speaks truth. She is oftentimes planting seeds for the day when the woman’s worldly defenses break down and she is ready to embrace godly truth … and sorrow.

What is not helpful and will often slam doors on any home of further interaction is condemnation or name-calling. Even if the woman seems to have a heart of stone, very few people respond to these tactics. It is not easy to balance between truth and mercy, but I believe it can and should be done.

The issue is dealt with wonderfully in the story of David and his sin with Bathsheba (2 Samuel 12). Nathan courageously confronts David in his sin. He does so in a very effective way. He tells a fictitious story that parallels someone in power abusing those beneath him and taking the little the servant has to add to the over-abundance the powerful man already has. David is incensed and immediately condemns the action of the powerful man, demanding justice. Nathan then says, “That man is you.”

Please notice this important excellent counseling technique. Nathan didn’t have to condemn David. The story helped David convict himself! This is not easy, but is the standard I think we need to aspire to achieve.

David’s response is one that explains how God could call the adulterous, murderous David a “man after God’s own heart.” David instantly admits his sin, repents, and understands that not only did he sin against Uriah and Bathsheba, but against God Himself. Psalm 51, quoted in part at the onset of this article expresses David’s godly sorrow. His lament is one of contrition, repentance, and longing to be restored to a right relationship with God.

I think it is also important to point out that Nathan does not sugar coat the consequences of David’s sin, though he assures David he will not die. He tells him the son born of the adultery with Bathsheba WILL die.

Similarly, I think it is a good idea to share with post-abortive women common aftermaths of abortion. I speak from my own experience, but there are also internet lists/research that explain some of the most common issues following abortion. This is important not only to prepare her for what might ensue, but also to prevent her from repeat abortions. In the case of Nathan and David, Nathan wanted to comfort David that God would not be angry with Him forever, and would indeed forgive … but that didn’t remove consequences.

This Bible story is a great model for dealing with a woman who chose life and then turns to abortion. We may not necessarily come up with a perfect parallel story like Nathan did, but we can rehash all the reasons the woman initially chose life. We may want to remind her of all the blessings of life that precious baby now will never know. We do not want to heap sorrow upon sorrow, but there can never be healing without a recognition of wrongdoing from which we need to heal. If abortion is perceived as a sad but necessary mistake, it is likely the woman will abort again. One third of abortions are repeat abortions.

One way to help women understand this danger as well as the severity of her sin is to talk about the experiences of other women who have experienced the deep sorrow and dire consequences abortion caused. Many times these are older women. Oftentimes, they are women who had multiple abortions before finally recognizing the painful truth. Recounting such stories helps a newly post-abortive woman to consider what she has done without being directly confronted at first. It is similar to what Nathan did in his parallel story to David.

The steps of healing are the same in this scenario as in any sinner coming to faith and repentance:

The Flow of the Conversation

In counseling the woman, sending verses such as those at the beginning of this article can be helpful. God’s word is powerful and convicting.  I will often text a convicting verse, and then express my own deep sorrow over the precious little life that didn’t have a chance to live. I usually ask how the mom is doing/feeling about the abortion. Almost always, they say what they feel is the “right” thing to say, and express some remorse, often with a caveat: “But I know I just need to move on.”

I will usually respond to that tiny flicker of remorse and capitalize on the caveat. I use that as the entry to talk about the Gospel. While I am always careful not to use God’s forgiveness to feed a rationalization to abort, it is critical that a post-abortive women hear the message of forgiveness. It is equally important that the message of forgiveness be carefully linked with the subject of TRUE repentance and what following Jesus as Lord means. The goal is to help her come to a sincere and godly sorrow for what she did and an honest examination of who is ruling her life.

In terms of “just moving on,” this is an opportunity to talk about common aftermaths of abortion. It is a lie that any mother can just “move on” after killing her child. That sort of thinking is dangerous and leads to a continuation of the culture of death.

I always then send her links to healing post-abortive programs. I remind her that right now she may not feel she needs it, but to hold on to the information. I tell her about my own experience and that it wasn’t until decades later that I understood the need for a healing resource.

If at all possible at this point, l connect the mom with a mentor and local church. Without discipleship and local church accountability, the sad common aftermath is a return to the lifestyle and choices that led to the abortion. It is not uncommon for a mom to tell me she has had 5-10 abortions!

I often hear the advice to just show the love of Jesus, but this does not sit well with me. God is love … but He is also JUST. The woman has committed a truly grievous sin against God and her child. The repercussions are severe. Yes, she can return to God and experience His overwhelming love, but she must recognize her sin and repent to fully reconcile with God and heal.

When women who chose life don’t text or return calls, it may mean nothing other than they don’t want to even remember they considered abortion; however, when this happens and they finally do return calls, they tell me they miscarried. While I would never directly accuse a woman of lying, I am quite certain that many of these proclaimed miscarriages are lies to cover an abortion. By asking gentle but tactful questions, it becomes apparent if it was indeed a miscarriage or not.

Without accusing them of falsehood, I use this as an opportunity to reiterate the truths of the value of that precious life, how terrible it is that the baby’s life was ended so soon, and remind the woman that, from a place of deep sorrow, we can find comfort turning to God. I tell them that I believe the baby is in heaven and, one day, it will be possible for them to meet that child. Then I ask if they would like to know how, and share the Gospel.

My goal in this conversation is to help the woman recognize the value of that child, and that the normal maternal response should be grief. She obviously feels a level of guilt or shame or she would not lie. Worldly sorrow does not lead to repentance and reconciliation with God. My prayer is the Gospel and speaking truth of the value of the baby before God will turn her to godly sorrow and repentance.

This issue is never easy. Pray a lot before tackling the necessary discussion. Be gentle and kind, but don’t gloss over her need to confess sin and turn back to God with a humble and contrite heart. Speak of God’s love and forgiveness but don’t neglect His justice. Extend grace and comfort, not with false platitudes, but with the only true comfort: a life fully submitted to Jesus.

Have mercy on me, O God,
according to your steadfast love;
according to your abundant mercy
blot out my transgressions.
Wash me thoroughly from my iniquity,
and cleanse me from my sin!
For I know my transgressions,
and my sin is ever before me.
Against you, you only, have I sinned
and done what is evil in your sight,
so that you may be justified in your words
and blameless in your judgment. 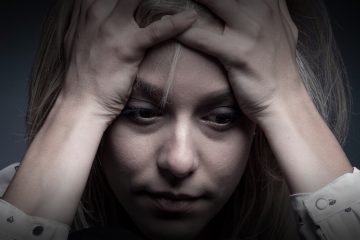 Painting a Vision for Abortion-Determined Moms

The Bible tells us that without vision, the people perish. The Bible also tells us that we are made in his image, and we are God’s masterpiece. These are encouraging, empowering verses. As I was Read more… 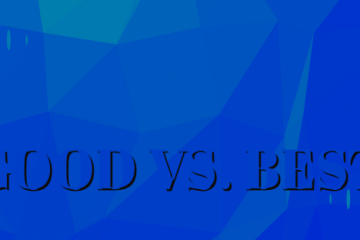 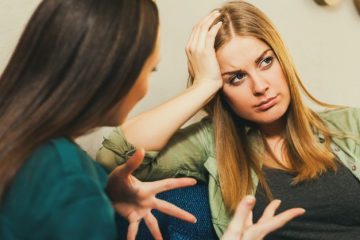