Speaking to the Fathers

Question from a Sidewalk Missionary:

“I need some dialogue pointers if you can think of anything. Because of how our clinic is set up off of a main road,  I am mostly able to interact with loved ones having to stop when they are leaving the clinic after having dropped their loved one off. I have gotten them to back up with a commitment to go back in to get their loved one (usually the moms and sisters), but I need pointers. I don’t have long and usually it’s the boyfriend. I want your thoughts on how best to speak to the fathers from the sidewalk through a good question or statement. They usually don’t respond to any plea that involves ‘we can help you.’ Maybe it’s a man thing and they don’t want to appear that they need help.”

Here are typical things I say: “Are you the father of the baby that’s going to die today?” “Do you believe in God?” “Do you think God created men with their superior strength to sit idly by while their child is ripped apart piece by piece and the woman is irreparably harmed emotionally and spiritually if not physically?” We have many times seen a man go back in and tell the young lady that he will be there for her and for their child and he will do everything he can to be the man God created him to be. When the man does that, the woman is hearing exactly what she wants a man to be. That can change her mind!

Sometimes I’ll read Proverbs 24:11-12 and ask the man if he thinks Jesus will not notice that he did nothing while his child was led away to the slaughter:

“Rescue those who are being taken away to death; hold back those who are stumbling to the slaughter. If you say, Behold, we did not know this, does not he who weighs the heart perceive it? Does not he who keeps watch over your soul know it, and will he not repay man according to his work?”12 ‬‬

I will ask him if the Bible makes it clear that we are our brother’s keeper and we are to be a good neighbor especially to those we claim to love and care about? I will also remind him of the verses that speak of Jesus saying if you love me you will obey me and ask him if he knows what the sixth commandment is.

If he says,  “I’m not the one murdering,” I mention that he drove her there so he’s an accomplice to murder, especially if he did nothing or not enough till the moment that child dies. Abortion is a brutal death of his innocent child, and he will be held accountable before God. What will he say to Jesus that he did on the day when his own child was being led away to the slaughter?

I tell him he can be the man that God designed him to be. He can be a hero to both that women and their baby. He can take a stand for what is good and right or he can be weak and run away and be a tool for evil.

Perhaps he certainly can’t force her to make the right choice, but he can use his influence to the very last minute to try to encourage her to make a choice for life and that we will help. I then offer to pray “at” him. In the prayer, I will speak of taking a bold stand to be the person and parent and man that God designed him to be. I remind him that, with God, nothing is impossible. The Bible tells us that children are a blessing from the Lord (Psalm 127:3-5). Finally, when we defy and rebel against God, trouble always follows; however, when we follow God, we are empowered and set upon a path of righteousness through His Holy Spirit.

Speak courage into the man.  Remember, we are advocates, like a lawyer, pleading the case for why that baby should not die. The woman is the judge, weighing the evidence and the one who will make the final decision. The father of the baby is a witness. If we can build the father’s trust and relationship with us, we can encourage him to go in and be a witness of the value of that baby.

We want empower him with a call to action. What does the Bible say about who he is as a man? Use words like protector, provider and father. Mention specifically that he is the father of his son and daughter and he can be a hero and save that child’s life.

Men are often apathetic and have absolved themselves of any responsibility. We need to awaken the need to act and give specific directions: (ie: “Just take this pamphlet, go in there, give it to her, and see what happens”). It is even possible that she is in there praying for a sign. Can you imagine how powerful it might be for her to see the door swing open and you, the father, are there saying, “‘Don’t do this. We can not take the life of our baby. Let’s leave now'”?

Don’t let yourselves get embroiled in long discussions. The man is often using that to rationalize his guilt and justify his inaction. Be sure to impart the urgency. Let him know his baby is doomed to die very soon, and he needs to get in there NOW.

At the end of the discussion, offer to pray. Pray in a way that reminds him of the key points he needs to hear. Remind him of what God would have him do as father of the child, and to be courageous and strong and to protect his son or daughter. He needs to know that God will empower him to have courage and do what is right 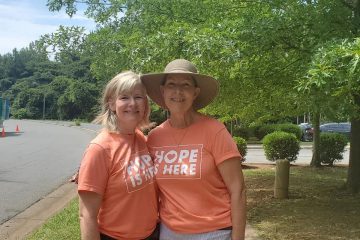 There are probably as many reasons why people are drawn to sidewalk ministry as there are people; however, they can be grouped into six main areas. There may be others, but these six are the Read more… 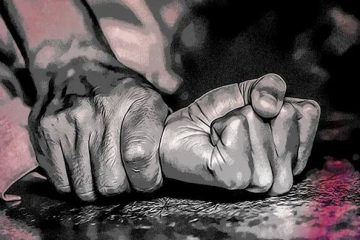 While rape is a small percentage of why women seek abortions, it does occur and must be dealt with and prepared for when ministering from the sidewalk at the abortion clinic. You will find a Read more… 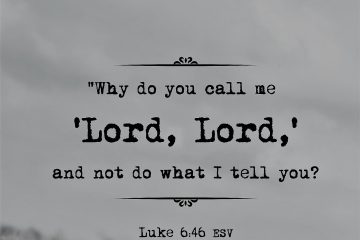 “For if, after they have escaped the defilements of the world by the knowledge of the Lord and Savior Jesus Christ, they are again entangled in them and are overcome, the last state has become Read more…