How to Introduce the Gospel to Abortion-Minded Atheists

In the Bible Belt, most of the women entering the abortion center claim a belief in God. Many were raised in a Christian home and report that they are Christian. Often times, they have a “work-based” theology, and are uncertain if they are going to heaven or hell; however, most admit God would not want them to abort, though they believe He would understand and forgive.

Those women provide a relatively easy opening to sharing the Gospel. They claim to know God so we can build on their belief by asking questions about how they would interpret verses that contradict their intentions to kill their child. We can build a case for the obvious evidence of sin, the scriptural penalty for sin, and the only way to remedy sin (repent and believe in Jesus’ atoning sacrifice on the cross.)

What should we do in the case of abortion-minded women who tell us they don’t believe in God?

What if they insist we NOT discuss God? As a Gospel-focused ministry, we know the Gospel is critical in addressing the grievous sin of abortion. Do we comply with the request? Are there effective strategies to aid us in bringing Jesus into the discussion?

First, if they have insisted we not discuss God, it is wise to at least table the discussion of God at first.

They are not likely to be receptive if we just soldier on and force them to listen. In most cases, it just leads to shutting down the discussion. Keep in mind that God can open doors to that discussion, and be vigilant in listening for those openings. Until then, there are many other things you can discuss.

When asking a line of questions such as these, the person comes to an admission that value is at some point deferred upon human beings. They can often be led to agree the only logical moment of value is at conception. The question of what gives value is at its heart a spiritual question and can be a springboard to a discussion of God. What happens many times when I have had these discussions is women will admit they believe in a higher power. It is sometimes best to not push a God discussion right away even with this insight but to let it percolate in their heart. It is often fruitful to clarify what they mean by “higher power” and what that higher power has done, is doing, and will do in their belief system.

I have sometimes launched into an apologetics approach of why belief in God is rational, though, like any belief of origins or endings, faith enters in! In most cases, the best way to bring about a God discussion is to help them deal with the reality that they are about to do something that almost everyone does not really ever WANT to do.

This discussion is almost always fruitful in helping them understand/agree that abortion is neither desirable nor normal. Sometimes, I can insert the idea of God’s design and how deviation from that design can be devastating. The introduction of God as the designer is a very critical one. If God is the designer, it is logical that He would have some rights in what happens to the creatures He has designed.

Exploring why they say abortion is bad but necessary is a very good introduction to the concept of sin.

Why do they want to do it if it is bad? Explore why they consider it necessary and bump that up against the admission that it is not a good thing to do. Ask if they would normally do bad things to bring about a solution in their life? Do they admire others who do bad things as a means to an end they desire? (Most admit they don’t.)

Sometimes this line of questioning will help them admit they are tired of making bad choices but feel unable to get out of the mess their choices have made. There have been occasions where I can introduce the idea of God’s commands as protective. When we follow His will, things tend to go better.

From here, we can sometimes move into the Bible, maybe by telling a story from the Bible. Stories from the Bible or personal testimony are very powerful and most people are willing to listen to interesting stories. For example, the story of David and his sin with Bathsheba and how it led to killing her husband, the death of the child, and so much heartache can be a great springboard to discussing how bad choices tend to avalanche. Obeying God’s commands for sexual purity would have eliminated this terrible sequence of events.

At this point, some are ready to hear the Gospel, or at least a very basic summary, since they can now identify with the idea of sin and the consequence of sin.

Still, there are women who still insist they are not ready for a “God talk.” Since the subject has been subtly introduced, focus on pleading a case for the woman to let her child live through humanity and resources that can help. An ultrasound is very useful if possible. Photos or videos of babies in the womb can help if an ultrasound is not available. A free phone app, See Baby, shows fetal development from 0-40 weeks through actual ultrasounds.

It is always important that the mother feels that her concerns are heard. Listen carefully, asking lots of questions. A key question is, “What one thing is most responsible for making you feel abortion is the best answer?” So often, that one thing can be dealt with using community and Christian/church-based resources. Identifying obstacles and introducing resources are very important topics to introduce with all moms we work with.

Pray that God will open a door to further discussion

If the mom chooses life, even tentatively, pray and trust that God will give opportunity if not then and there, in the future, to share more Gospel truth. We always follow up with the moms, especially in the first 48 hours. As they grow to understand your willingness to pursue and help them, they tend to be more open and trusting. Invariably, God opens a door to a Gospel discussion.

Never forget the power of prayer!

Pray that God will provide clear pathways to sharing the Gospel. It is God’s will that NONE should perish but that all should come to a saving faith in Jesus. We should be intentional in prayer, observant and receptive to the Holy Spirit’s provision, and willing to walk into the open doors He provides. I have almost never had an extended interaction with an abortion-minded woman where it has been impossible to share the Gospel.

Finally, remember that we are messengers, but not responsible for how the message is received.

We ARE certainly called to make the most of every opportunity to share the reason for the hope we have within us. That is the Gospel. However, even if we are fully obedient and do everything as perfectly as we are able, the message may be rejected. Do not lose heart and do not give up. Keep praying that God will continue to open doors, soften hearts, and convict those to whom we are ministering. Our victory is to faithfully proclaim. His victory is already secured at the cross. We can trust Him with the results. 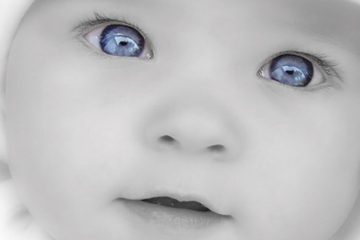 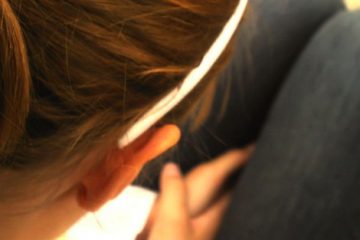 “Will God still love me if I abort?”

What do you say to a mother who initially chose life but then veers back to abortion? What if she asks you, “Will God still love me if I have the abortion?“ This is not Read more… 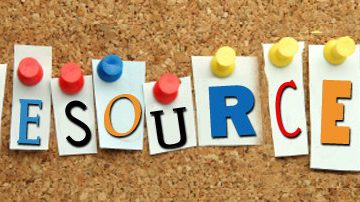 Standing for three or so hours in front of an abortion center can be grueling under the best of conditions. We help ourselves endure by being prepared for as many eventualities as we can anticipate. Read more…