We know that there have been devastating numbers of abortions arriving in states that are surrounded by states who have now limited or banned abortions. North Carolina is one of those abortion destination states. Charlotte in particular appears to be an abortion mecca now more than ever. This past Tuesday, there were more than 90 babies killed at a single abortion center. This is mind boggling and horrific.

How do we keep our teams from wallowing in grief and becoming discouraged in the face of this mass murder?

One of the most important things to remind them is that sidewalk ministry is God’s work. The burden is God’s to bear, not ours. God knows exactly what’s happening. God already has the victory even though we have not seen it yet played out. We may or may not see the final victory over abortion in our lifetime. It may not even happen until Jesus comes again.

Encouraging Passage in The Middle of The Weeping Prophet’s Story

I found great encouragement and inspiration rereading Jeremiah 32: 1-44. Jeremiah has always been one of my favorite books in the Bible. It is a very sad book in many ways, and Jeremiah‘s story is tragic. Jeremiah is called the weeping prophet with good reason. He was a reluctant prophet. He said he was just a youth and how on earth could he speak the terrible message God was telling him to speak? He was to warn his people of the coming invasion of the Babylonian empire. His people would be carried off to captivity. His people were rebellious and engaged in wicked sin. Yet, they refused to repent and turn to God or listen to Jeremiah’s warnings. God would no longer hold back his wrath.

Jeremiah faithfully spoke God‘s message for 40 years. He saw no fruit. No one ever listened to him. For all he could tell, his ministry was completely ineffective. A total failure. And yet, he kept speaking for God. He said he felt the fire in his bones when he tried not to speak what God had told him to speak. He was told he was never to marry, never to have children. He was forbidden to attend weddings or funerals. He was thrown into a cistern and left to die. He was imprisoned for speaking God’s truth. He was considered crazy and pessimistic among his people who refused to listen to him.

For 40 years, Jeremiah preached to a completely unreceptive audience. He never saw the fruit of his work. Yet everything he prophesied came to pass. Every disaster he warned his people would happen happened just as God had said it would.

The Field in a Warzone

In Jeremiah 32:2-44, the Chaldeans were overtaking the cities and in fact had already battled in the area where Jeremiah’s uncle owned a field. In other words, the field was in the middle of a war zone. It was worthless to the people who were losing that battle – Jeremiah’s people. It is at that time that his cousin tells Jeremiah that it is his land to redeem and he should pay good money and buy it. This sounds like absolute craziness. Why buy land which is worthless? It is in the middle of the battle zone controlled by the enemy!  And Jeremiah knows that his people will be controlled by that enemy and in exile for a very long time:

And Jeremiah said, “The word of the Lord came to me, saying, ‘Behold, Hanamel the son of Shallum your uncle is coming to you, saying, “Buy for yourself my field which is at Anathoth, for you have the right of redemption to buy it.” ’ Then Hanamel my uncle’s son came to me in the court of the guard according to the word of the Lord and said to me, ‘Buy my field, please, that is at Anathoth, which is in the land of Benjamin; for you have the right of possession and the redemption is yours; buy it for yourself.’ Then I knew that this was the word of the Lord (vs.6-8)‬‬‬‬.

Yet, he hears God’s voice telling him he must buy the land. And while it makes no sense whatsoever, he obeys. He buys the worthless field and pays a lot of money for it. However, after he obeys God in this very hard task, God speaks and tells him that one day, the people who have been so rebellious will turn back to God. God encourages Jeremiah informing him that “they will be MY people I will be their God.” They will return to the land and flourish, and  that desolate field would once again be fruitful and valuable.

He never sees the field redeemed. Jeremiah never saw the fulfillment of that promise. But he heard the promise and he trusted God.

The Analogy of Our Battle

I believe this is a helpful vision as we stand on the battle zone of the abortion center sidewalks. 90 women came to kill their babies Tuesday. As far as we know, only one baby was saved. What was one saved child among so many horrific deaths? I think we need to remember that the promises of God are true. We know that Jesus has already secured the victory over sin, wickedness, and death. We know that ultimately justice will prevail.

But we may not see it.

We walk in faith trusting God’s promises are true. Right now, the field in which we are investing our time and energy looks worthless, our efforts futile. Our labor sometimes feels so tiny and insignificant. No one appears to be heeding God’s call. It is a lonely and sad place.

And yet, one day that field will be redeemed. The people will return. They will know God and He will know them. The worthless field will become priceless — vibrant and prosperous in God’s perfect timing. The exiles will return. Repentant souls will know and worship the one true God. Everything will be made right.

They were some key steps in Jeremiah faithfully living in unbearable circumstances before God: 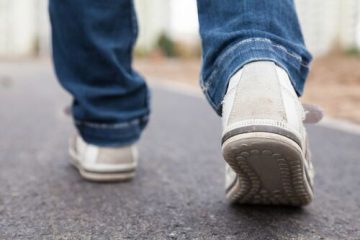 This is a story that happens to all of us at some point if we spend any time at all as a sidewalk counselor in front of an abortion center. It is common and it Read more… 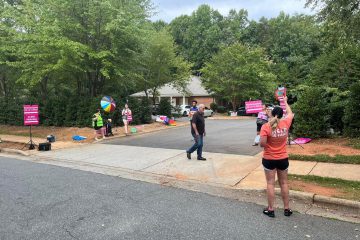 General Speaking Tips When Calling Out

We have done many articles and podcasts that include tips on how to call out effectively. One listener asked if we could compile all those tips into one podcast. We thought that was a great Read more… 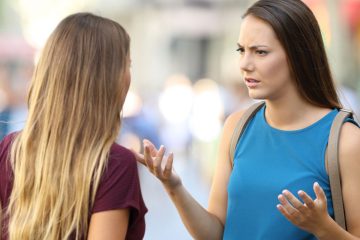 The Danger of Offense in Ministry

Jesus said, “it is impossible that no offense should come” (Luke 17:1). It is not a question of opportunity to be offended, but what your response will be. The Bait of Satan, John Bevere The Trap of Read more…