Counseling a Teen Being Coerced to Abort

Marissa *(not real name) arrived with two teen friends, a boy and girl. All were clearly under 18 years old, all laughing and joking as they pulled into the abortion center. They rolled down their window for me. My impression immediately was that they were not even the slightest bit concerned about the seriousness of what they were there to do. The young man wanted to rocket away the moment he discerned I was urging a choice for life for the baby.

However, the girl in the backseat, still laughing, reached for our literature. She thanked me, while the three of them giggled. I fought the urge to shake them, and listed the many ways we could help them, including going on the HELP Monroe mobile ultrasound unit on the RV parked on the curb to see the baby.

A few moments later, Marissa and her friend came to me. They still looked like it was all one big joke. I was suspicious that they were plants, urged by “pro-choice” people to pretend to be eager for our help, but really just trying to subvert us in some way.

Marissa said she wanted to come on the RV to see her baby. Still laughing, she and the friend clambered aboard.

Principle 2: Treat everyone as though they are abortion vulnerable and do what you would normally do to present the choice for life. Even if you suspect them of lying or not being who they claim to be, proceed as you would always proceed. Keep in mind, if they were just fishing to “expose” you, the worst you might do is show them how upfront, honorable, God-loving, and truly helpful the ministry is!

As always, first I found out the situation. Marissa was 16 years old and being urged by her guardian, her grandmother, to abort. Her boyfriend and her friend were also counseling abortion. She wanted to see the baby first.

I listed the many resources we could provide. Then, I asked as I always do, if she knew God. She claimed she did, though it was clear she was not following God’s commands. I asked if I could share some truths about God. She was eager to hear. Her friend however said she was not  interested and hurried off the RV. Surprisingly, Marissa stayed. She told me she was actually being forced by her grandmother who didn’t know she could not abort unless she had the permission of her guardian at the abortion center. Marissa knew she would not be able to abort the baby today. Her friends did not know that.

As I shared the Gospel, Marissa knew she had not been following God. She wanted to. She was weepy at this point and wanted to commit her life to Jesus. As she did that, there was a banging on the RV door. The boyfriend was furious, demanding she get out of there now and go abort. We locked him out. Marissa shouted to him to leave her alone. She would not abort and she was not coming out.

I assured Marissa I would drive her home.  A fellow counselor told me she would come as well so I was not alone. The ultrasound nurse brought Marissa back to see her baby. It further solidified Marissa’s intention to parent her child.

Principle 3: Develop the relationship and try to understand the dynamics of the reason the mother is at the abortion center. Help her to transfer trust from those counseling abortion to our counseling life. Never neglect the Gospel!

After the ultrasound, we looked around the corner of the RV and did not see the boyfriend. I hurried Marissa into my car when he spotted us. The boyfriend was on the sidewalk moving towards the RV. When he saw us get in my car, he sprinted to his car.

I shot out of there as fast as I could and turned some quick corners in an attempt to lose any chance of him tailing us. We appeared to have evaded him. I asked Marissa to direct me to her home through a circuitous route so he would not tail me and do something stupid. It did occur to me that perhaps I was the one doing something stupid. However, I knew this was a desperate teen trying to save her baby, and I was just trying to help.

When we reached her home and pulled into the apartment complex, her friends, family, and grandmother stood in a line in front of us. They all looked angry, arms crossed, facing my car. The grandmother started shaking her fist at me.

I slammed into reverse as a few of the men and boyfriend stormed my car. My fellow counselor announced that we were safe…she had conceal and carry. I gulped and gassed it, tires squealing as we hightailed it out of there.

While driving down the interstate, having no idea what to do, I had my counselor cohort make some calls to try to set up a safe house for Marissa. Miraculously, we found a family who were willing to take her in, having prayed about helping an abortion-minded teen should the need arise.

Then I got a call. I answered. It was the police asking me if I was “harboring a teen.” I said I was but asked if I could please explain. I told them the situation, the illegal coercion, and the desire to help. They asked if I would bring her to the police station. I agreed.

Once there they took our driver’s licenses and told us we “probably” would not be charged with kidnapping a minor which entailed jail time. (!)

Principle 4: Have a clear understanding of the law whenever you are considering unknown territory or action. Always best to call police if minors are being coerced or any danger presents itself. No matter how noble you think you are being, do NOT take matters in your own hand.

The police promised me DSS would be called and Marissa would be safe. I told Marissa to stay in touch, she would be safe now, and with weak knees, drove home. I dropped my heat-packing friend at her home, grateful for a partner in the crime we didn’t know we were committing.

The next morning, I was again on the abortion center sidewalk when I got a call. Marissa was sobbing. The police had returned her to her grandmother the night before. Her grandmother had awoken her in the morning, not given her necessary diabetes medication, and told her she was taking her to the doctor for a pregnancy check up. Then Marissa realized she was on route to the abortion center! As the car slowed for a stoplight, Marissa jumped out of the moving car. She rolled down an embankment, ran to a Lowes store, hurried in and hid. Then she called me.

This time, I knew it was best to call the police. I directed her to do so and to call me back. I told her we had a safe house ready to take her and to let the police know that. I paced while awaiting her call back.

We gathered Marissa’s necessary things with the police at the Grandmother’s home and I drove Marissa to the safe house. Meanwhile, we contacted a teen maternity home. They could take her, but it would be weeks for the paperwork since Marissa was in SC and the home in NC. The safe house family and grandmother agreed.

Sadly, weeks turned into months. The safe house family could not keep her any longer. With the help of DSS, Marissa was moved into a maternity home in SC where she had her baby.

Principle 5: The best laid plans often go astray. Take one logical, God-given step at a time with the goal of keeping the baby safe. The path may well be messy. The fall out of families in crisis and the availability of the abortion option is often disaster. Be faithful with a focus on God and saving the unborn life.

Marissa had a beautiful baby whom she loved deeply. She reconciled with her grandmother who could not recall ever having tried to coerce an abortion. The grandmother was maybe more in love with the baby than Marissa! The grandmother was diagnosed with dementia and it was Marissa who cared for her. It was not an easy road by any means for Marissa from this point forward but she had withstood coercion to kill her child and had demonstrated Godly forgiveness to the family that did not deserve it.

Principle 6: Nothing is impossible with God. Practical help must always be accompanied with spiritual help because trials and struggles are often overwhelming when a mother in dire situations choose life. However, that choice started Marissa on a path to God and responsibility. She went to school, got a good job, and cared for her family who needed her. What an unexpected ending! 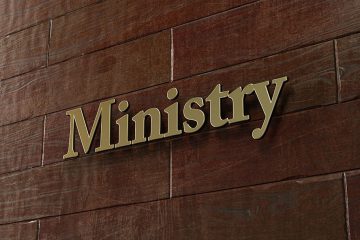 What Disqualifies One From Ministry?

Scriptural Guidance And He has said to me, “My grace is sufficient for you, for power is perfected in weakness.” Most gladly, therefore, I will rather boast about my weaknesses, so that the power of Christ Read more… 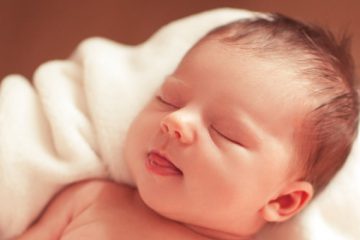 Case Study of a Woman Who Scheduled the Abortion 5 Times

Conflict is Not Unusual Many of the women we work with are conflicted. Even after they make a choice for life, sometimes they still waver. The first 48 hours are particularly critical. In that 48 Read more… 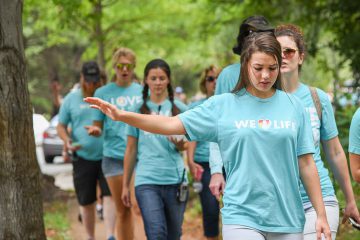 Ministering to Vulnerable People Who are NOT Abortion Minded

Since many sidewalk missionaries minister at Planned Parenthood where services other than abortion are offered, not every person they interact with is abortion-minded. It becomes a critical part of our work then to know the Read more…